Everything about Tamaskan Dogs that does not fit within the other topics in this section.
Post Reply
6 posts • Page 1 of 1 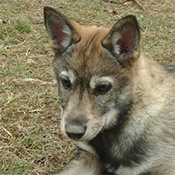 I have not been too active here on the Forums so far (I mainly lurk around the various Facebook groups), but seeing as how there is a big announcement to make, I figured I'd publish it here as well.

The Tamaskan Club Austria (representative for the TDR in Austria) recently elected a new board. The initial one was founded back when only three Tamaskans lived in Austria. By now, there are eleven (that I know of) as well as a potential New Foundation female, which prompted us to make some changes (also, a first Tamaskan meeting is taking place in May, hosted by the new board). The new board members are as follows (Tamaskans in brackets):

We are also being supported by Michael Unterberger (with Sylvaen Zoltan a.k.a. Scout), who at this point did not want to take up any of the positions of the board.

We are all very excited to be bringing new life to the club and are looking forward to connecting much more internationally. If things go as planned, Austria is going to have its first litter later this year and I am personally very excited to be supporting any future breeders and stud dog owners.

That's a lot of Sylvaen dogs taking over Austria!

Thank you for the update. I'm glad to hear about the growth and organizational planning to help keep things moving in the right direction.
Top

Haha yep, Sylvaen is the closest breeding kennel to Austria, I think.

If things go well, there will soon be the first breeders in Austria as well, so I am hoping for more diversity in the dogs around here!
Chairman Tamaskan Club Austria
Top

Congratulations to the Austrian Tamaskan Club! The club is in good hands with such a dedicated team of motivated individuals all working together for a common cause. I'm excited to see what the future holds!

We sure will try to live up to the expectations! 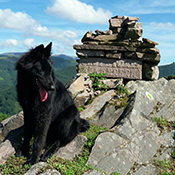